Introduction to naming ranges in Excel.

"Do what?", I hear you ask. Well, how many times have you had to jump around Excel trying to find out what an Excel formula is actually doing?

Lets look at a simple example. =SUM($C$4:$C$9) this is adding up a range of cells. However, it does not tell you what the cells contain - you have to find the range and look at the context.

If we highlight the range by dragging down and then click in the name box (circled in red) we can name the range "Sales". 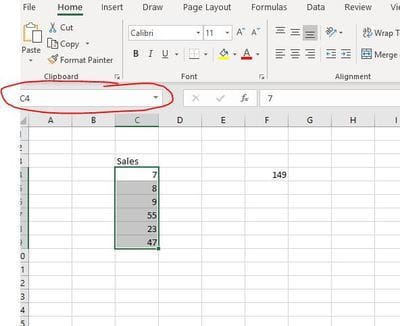 So now our formula TELLS us what is going on because we can refer to the range to create the formula =SUM(Sales) - just imagine how much easier this is to understand what is going on.

Try it for constants like GSTRate, USDExchRate - it will really make a difference to other people's understanding of your work, too!

Often in Excel models we need to calculate the number of working days between two dates.

that we can test our forecast for reasonableness.

For this we can use the function NETWORKDAYS.

The function has three components - Start_date and End_Date are fairly obvious, but what is the Holidays component?

It is simply a list of days that you need excluded from the calculation, for example public holidays.

In the example below, we have used a list of public holidays and created a named range called Hols2019 across cells Q4:Q13

By including the range in the formula, those dates that fall between our start and end dates are excluded to give an answer of 59 days,

Whereas in the second line we have just used start and end dates to get an answer of  63 days.

Single touch payroll is coming to small companies of under 20 employees on 1 July 2019. 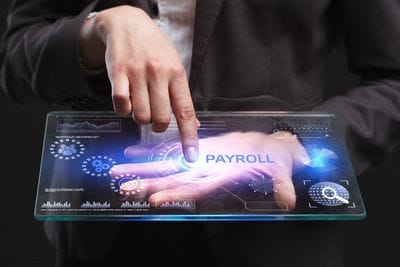 So. What will that mean to you? Should you be worried?

No. See it as an opportunity to embrace some of the technology you have been hearing about.

If, like many of you are, Xero is your preferred software for keeping your accounting records straight, you already have access to a compliant payroll.

This really is not the big scary monster that you might be thinking it is! A couple of hours of guidance from a trusted advisor should see you confident and competent and if you still do not like the idea, you can always pay someone to take on JUST payroll.

Remember that reducing pay frequency from weekly to monthly will save you BIG.

Posted by Datasift on 4 February 2019

On January 29, 2019 the Prime Minister announced that the instant asset write-off would be extended to 30 June 2020 and that the threshold would be increased to $25,000.

For more information refer to the Minister for Small and Family Business, Skills and Vocational Education media release.
Subscribe via RSS
Tweet

On Friday 7th December 2018, the ATO issued a clarification in relation to the legislation to extend Single Touch Payroll to all employers from 1st July 2019.

Please note that this legislation has not yet passed the Parliament, despite some public commentary that suggests it has.


The Treasury Laws Amendment (2018 Measures No.4) Bill 2018 was passed by the Senate this week with proposed amendments to other measures contained in the Bill.

The Bill has now been referred back to the House of Representatives to consider those amendments.
As the Parliament has finished sitting for the year, the next opportunity for the House to hear the Bill will be 12th February 2019.


The ATO advise that their focus has not changed. They remain committed to supporting larger employers to transition to STP reporting,

encouraging employers with deferrals ending to start reporting and promoting STP to those employers who can voluntarily come on board.


The ATO will be working with those companies who intend to build low-cost STP solutions for micro employers (14 employees).